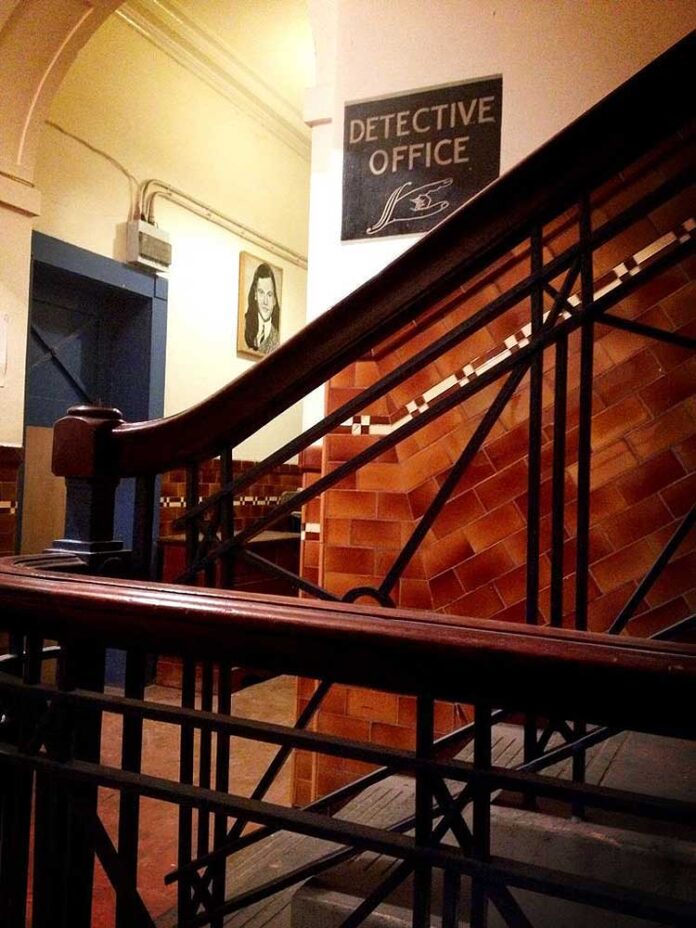 In 1976 a small group of artists rented a derelict police station and established Bridewell Studios. Artspace Merseyside was formed in 1981 as a not for profit limited company to run the organisation and after the demise of Merseyside County Council the artists secured a loan to buy the property. In 2007 English Heritage gave the building a Grade 2 listing and in 2015 the company became a charity.

Constructed circa 1846 as a police station, the large red brick building is situated on the corner of a busy thoroughfare on the eastern edge of Liverpool city centre and just opposite The Royal Liverpool University Hospital. There is much evidence of its original function still visible including a Detective Office sign at the foot of the staircase and the row of cells.

Over the last 42 years many artists have worked or had connections with the studios and gallery, including Adrian Henri, Richard Young, Stephen Broadbent, Maurice Cockrill, Ian McKeever, Anish Kapoor and the singer/songwriter David Gray. The building itself became famous in the 1980’s as one of the locations for Alan Bleasdale’s ‘Boys from the Blackstuff’.